Shopping Cart
Your Cart is Empty
Quantity:
Subtotal
Taxes
Shipping
Total
There was an error with PayPalClick here to try again

Thank you for your business!You should be receiving an order confirmation from Paypal shortly.Exit Shopping Cart

We love what we do 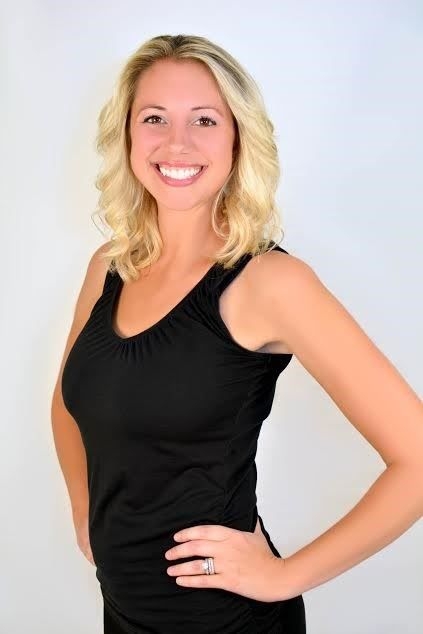 Miss Mallory has been studying dance for over 30 years. She is a graduate from Montclair State University where she received a B.F.A. degree in dance with a concentration in ballet and modern techniques. While at Montclair, she worked with many choreographers and performed pieces choreographed by Sean Curran, Donna Sco, Kim Whittam, Lisa Grimes, Lonne Morreton, and Nancy Lushington to name a few. Mallory is currently the choreographer for the STARS award winning competition team. Many of her dances have received Platinums, high scores and even received the golden ticket to the World Dance Championship. Miss Mallory has also received many choreography awards for her work. She also choreographs for high school musicals, her most recent work being“Pippin” "Beauty and the Beast” ,“The Sound Of Music”, "The Wizard of Oz" and "Bye,Bye Birdie". Mallory was honored by Who’s Who Premier International for outstanding professionals in the dance industry for 2008-2009 and selected as Executive Professional of the year in 2009-2010. Mallory is also a proud member of National Association of Dance and Affiliated Arts for over 10 years and Dance New Jersey. She also has been involved with children’s outreach programs such as “Literacy Programs of NJ- Arts Come to Life”. Mallory feels very lucky to be able to impact children in a positive way through her love of the performing arts and is looking forward to a wonderful season! 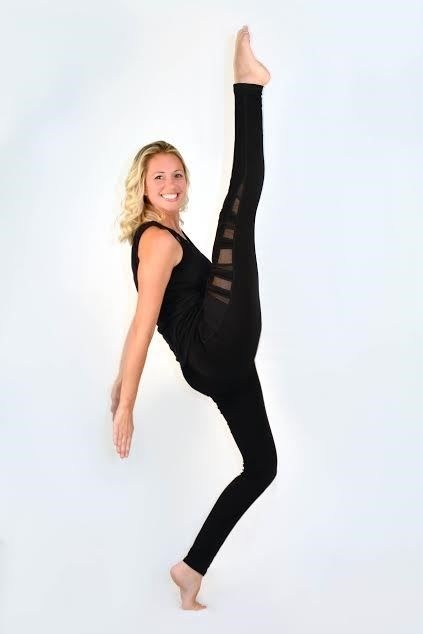 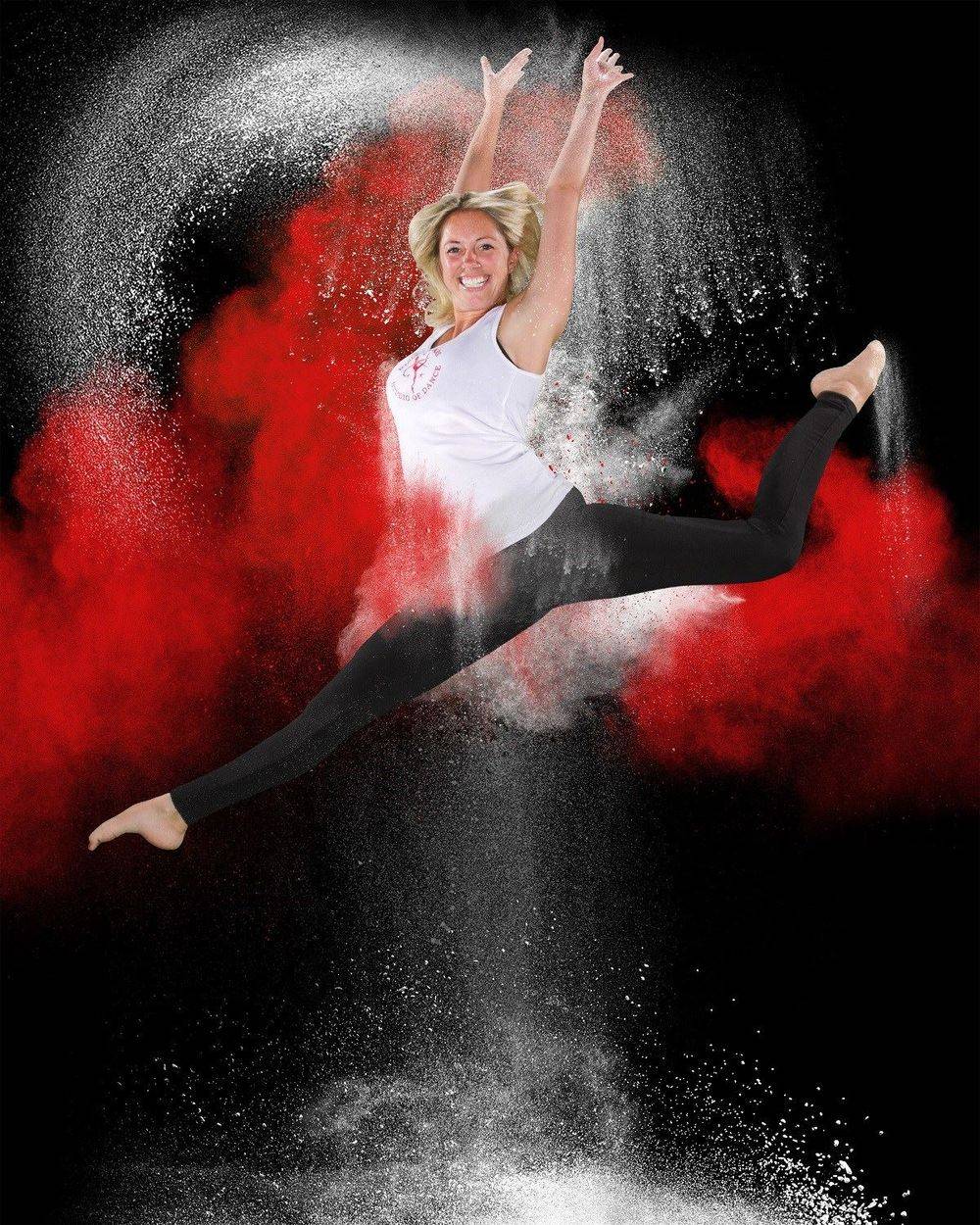 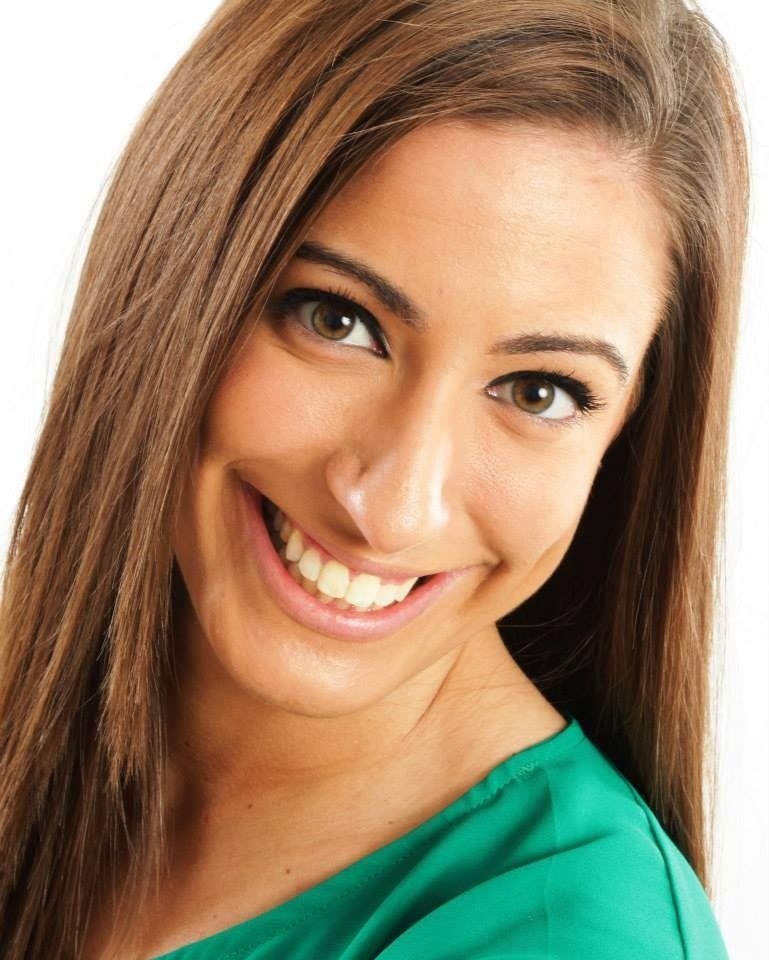 Miss Morgan began her formal dance training at the age of three, studying ballet, modern, tap, jazz, lyrical, and hip-hop. She later stumbled across Irish-Step Dancing, which she quickly grew to love, and has since traveled the country competing at both the regional and national levels. Morgan is a recent (2012) graduate of Muhlenberg College (in Allentown, PA) with a B.A. in both Dance and Business Administration/Marketing. While at Muhlenberg, she had the invaluable opportunity to study under Karen Dearborn, Charles O. Anderson, Corrie Cowart, Shelley Oliver, Heidi Cruz, and Patti Bostick, continuing both her technical and academic dance training, while performing in many faculty and student choreographed concerts. Morgan also choreographed several pieces of her own, the most recent of which was Celtic; Knot, a fusion of modern and Irish-Step Dancing featured in Muhlenberg’s Dance Emerge. In 2011, Morgan was selected to study in Arezzo, Italy at the Accademia dell’Arte, where she furthered her study of ballet and modern composition, while expanding her dance palette to include tarantella and other dances of the Mediterranean. Morgan is so excited to join the Rising Stars family, and is looking forward to sharing what she has learned with the next generation of young dancers

Miss Sabrina has been dancing since the age of 6. She has heavy experience with ballet, jazz, tap, lyrical, hip hop, contemporary, and pom. Once she finished her dance training at RSD, she took her career to the collegiate level with the Rutgers University Dance Team. She has performed at local and national dance competitions, traveled to the ICU World Championship with the US National Pom Team, and performed with New Kids on the Block! In this next journey of Sabrina’s dance career, she wishes to spread her love for the sport by challenging, guiding, and building a similar passion in the upcoming generation of dancers.

Miss Zoe has been dancing since the age of 3 with 11 years of her training spent at Rising Stars. While at the studio Zoe was a part of the award-winning competition team studying jazz, lyrical, hip hop, contemporary, and ballet. After graduating high school Zoe continued her dance career as a member of the West Chester University Dance Company where she choreographed multiple pieces for dance concerts and led the company as Vice President in her senior year. Zoe is ecstatic to return to her roots at RSD to teach and share her passion for dance with the next generation of young dancers!

Miss Melody is a graduate of Montclair State University with a Bachelor Degree in physical education with an emphasis on dance. She received her dance teacher certification from Dance Educators of America. Dancing since the age of three, Melody continued her dance studies with Patricia Walcoff-McCusker, studio owner past president of the NJ Dance Theatre Guild now NJ Dance Theatre Ensemble. Miss Melody is a previous studio owner for over 29 years. She is a board member of Associated Dance Teachers of NJ and a member of Dance Educators of America. Miss Melody has an extensive gymnastics background and has won many state and national titles. Miss Melody specializes in early childhood dance education. Miss Melody enjoys being a part of the high-quality education her students achieve under her direction.

Miss Schuyler has been formally dancing since the age of six. As a child, she studied ballet, tap, jazz, and lyrical. When she was ten, she began taking acro classes and discovered a talent for it. She competed on the floor exercise for her high school gymnastics team from 2008 to 2011. She was co-captain of her team and competed in two sectional championship competitions. Schuyler also acted and danced in many musical theater productions throughout her high school career. Following high school, Schuyler worked as an assistant teacher at a preschool while attending college. In 2016, Schuyler graduated from Kean University and now works as a public school third grade teacher. Schuyler loves teaching at Rising Stars! Seeing her students’ passion and excitement to learn gives her so much joy! 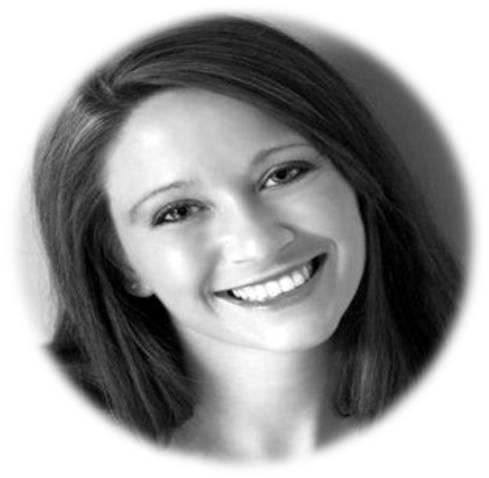 Miss Alexis Lyon has been dancing since the age of 3 1/2 with ballet, tap and jazz. At the age of 9 she started competing regionally and nationally solo and groups in lyrical, tap, jazz, modern, and hip. After High School, Alexis graduated from Rider University with 2 degrees; Bachelor of Arts in Fine Arts with a concentration in Dance and Bachelor of Science in Business Administration. While in college her dance classes were at the American Repertory Ballet's Princeton Ballet School where she took many classes from professionals and with professionals. She had the opportunity her senior year to not only work in the business office but substitute teach for both ballet and tap for adults. Since graduating from college in 2007. Alexis has been working full time and taught Tap for ages 5-18 both recreational and competitive for 6 years.

Miss Kaitlin Has been dancing since the age of 2. She is experienced in Musical Theater,Jazz,HipHop, modern,Tap,Ballet,Contemporary and Lyrical. She has performed in different community theater productions around NJ since the age of 10 eventually moving to production staff in Directing,Choreographing, Stage managing and much more. After graduating HS kaitlin continued her dance training at Raritan Valley Studying with Lorreta Fois , Sabatino Verlezza , and Lisa Grimes .She currently sits on the Board of Trustees at Villagers Theater in Franklin NJ as Fundraising chair along with working with their Kidsvill program as a Director and Choreographer. Kaitlin has had her choreography performed at the American College Dance festival as well as the Raritan Valley traveling company and many concerts as well. Kaitlin is also the Assistant director of a preschool and works with children from the age of 6 weeks to 5years . She is so excited to bring her love of dance and theater to the next generation and keep this passion going!

Miss Gianna has been dancing at Rising Stars for 12 years. She has experience in Contemporary, lyrical, acro, jazz, tap, ballet, musical theatre, and hip hop. She has also been competing for 5 years. Throughout her years of competing she has received many judges awards for power and strength. She also competed at NADAA where she received High Score 13-15 age division, TOP SCORE division and Highest Scoring routine of the competition! Miss Gianna plans on attending Raritan Valley Community College to study dance and business. She will later transfer to Montclair State University to continue her education. She excited to be teaching along side Miss.Schuyler in acro classes this year and can’t wait to see all my students grow and work towards more skills! She is so excited to be teaching this year at Rising Stars!

Nancy Dow received her ballet training in New York City. She graduated with honors in Dance from Smith College. Injuries precluded a full performing career, but Ms. Dow loved to teach. She completed courses in ballet teacher training with Don Farnworth, and taught at his school in New York City. Nancy has expertise with all levels of ballet students, from five-year olds through adult professionals. She taught for ten years in Manhattan, and has taught extensively in Central New Jersey. Throughout her career, Nancy has directed, created and revamped ballet programs. Dancers from the Paul Taylor and Jose Limon dance companies took her classes. Former students went on to dance with New York City Ballet and American Ballet Theatre. Nancy Dow is an ABT® Certified Teacher, who has successfully completed the ABT® Teacher Training Intensive in Pre-Primary through Level 7/partnering of the ABT® National Training Curriculum. Nancy was also featured in the July 2015 issue of Dance Teacher Magazine. 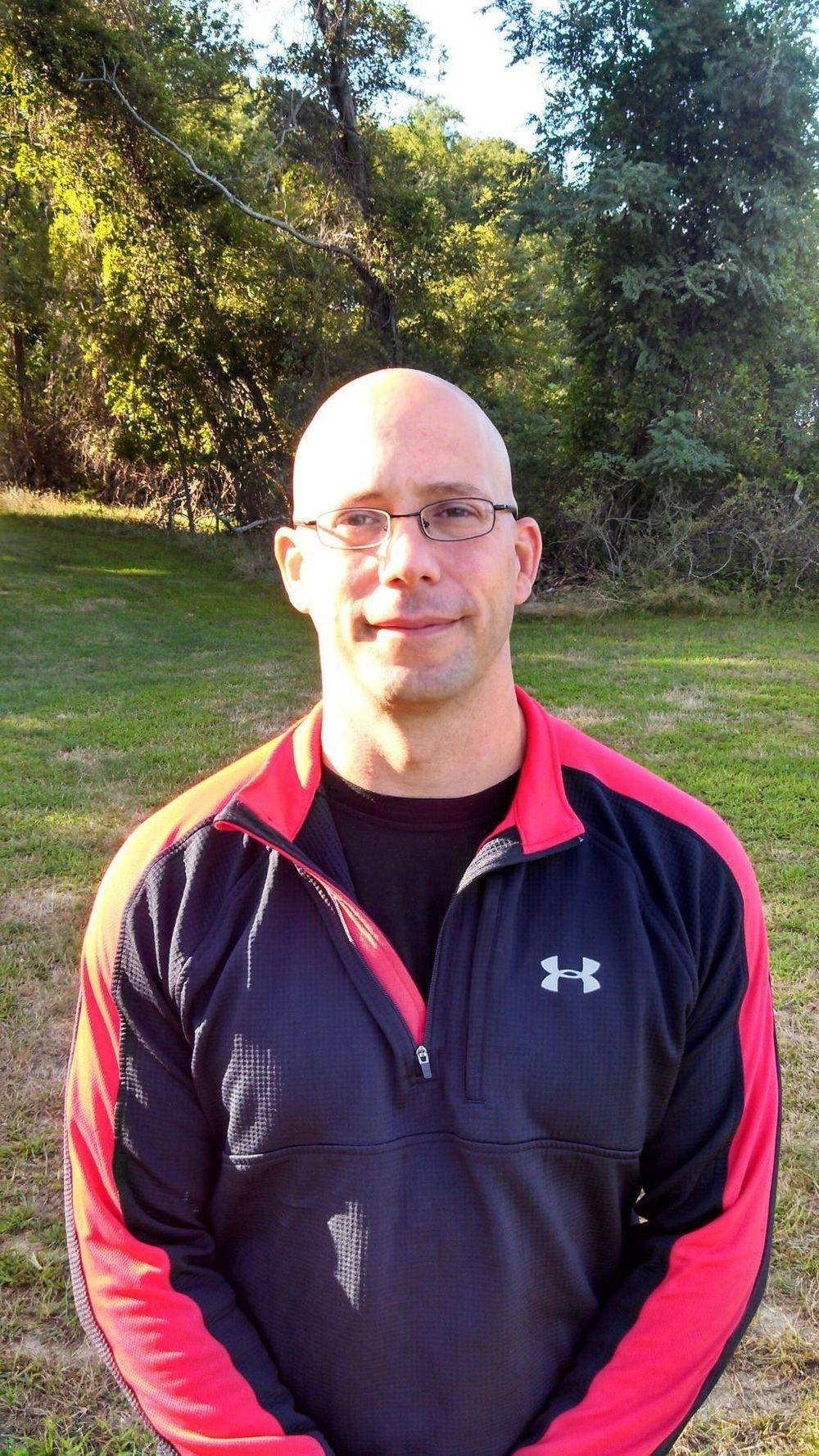 Sensei Dan Levatino has been teaching at Rising Stars for 7 years. Currently he is a 4th degree black belt and has been studying karate since 1993 with San Lung Mui. Sensei Dan started teaching children and adults in 2001 and his passion of the art shows in his abilities of his students.

Sensei Dan is an expert in San Lung Tao (the way of three dragons) which is a combination of Jujutsu, Kung Fu, Shotokan, Ninjutsu and tae kwon do. Students of San Lung Mui at Rising Stars partictpate in tournaments where they have won medals in sparring and weapons katas. He has also been recognized by his peers recieving the prestigious award for outstanding dedication to Martial Arts in 2011 from Action Martial Arts magazine hall of honors. Sensei Dan is excited to continue to work with the students at Rising Stars!